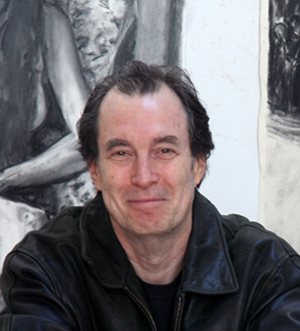 Unlike most novelists, I had no interest in literature when I was growing up. I read history and science, and foresaw a career in physics or mathematics. But I turned down a shot at MIT and went to Harvard, where I became a Bachelor of philosophy and a Master of nothing. I enjoyed the process of composing my undergraduate thesis (though was indifferent to the thesis of the thesis), and despite my command of logic inferred falsely that writing would be an enjoyable career. Nonetheless, 35 years later I’m still at it.

They say "write what you know"; the landlord soon impresses on you the importance of writing what other people want to know. I learned, and by working for hire I bought myself six years, which I spent laboriously bringing forth my first novel, The Roaches Have No King. It was turned down by American publishers for nine years; then it was hailed as "one of those brilliant allegorical novels that comes along once in a lifetime and haunts you forever." It was translated in South America, Asia, and Europe (where it became a best-seller).

During those years I wrote another novel, Hell On Wheels, and two humorous fact books, 100% American and The Great Divide. I wrote book reviews, created two internet sites, rewrote a biography, and edited several novels.  I tutored and consulted. At the Options Exchange in Chicago a software engineer and I invented a tool for identifying real-time trading opportunities. It was way cool.

Once The Roaches Have No King came upon the land, I wrote two more novels, The Swine’s Wedding (along with a screenplay) and Honk If You Love Aphrodite. The four novels are completely different from one another. I lived with each for so long that it was as if I was trapped in a one-room cabin in a blizzard with someone who disagreed with everything I said and pouted about it. My agent’s reaction to the last one was, "I could kill you for this." Which I understood; but I needed to do something new. Why else write?

Then I tried something truly new: reality. I wrote the memoirs of a number of obscure but fascinating people. They say there are more things in heaven and (especially) on earth than are dreamt of in anyone’s philosophy. And for once they are right.